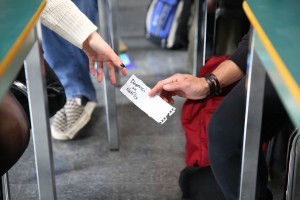 Days after MTV Canada and TeenNick called time on high school drama Degrassi, Netflix and Canadian network Family Channel have stepped in to recall its students.

The pair have commissioned Degrassi: Next Class from original series production studio Epitome Pictures. They will debut the new series early next year, with Netflix offering it to all subscribers – except in Canada, France and Australia.

“By adding this series to our schedule we’ve been able to redefine what constitutes ‘family programming’ while maintaining our mandate to program series that are both relatable and relevant for the entire family,” said Joe Tedesco, senior VP and general manager of Family Channel parent DHX Television.

Degrassi: The Next Generation (as Degrassi was originally named) debuted on Bell-owned CTV 14 years ago and followed previous incarnations such as The Kids of Degrassi Street, Degrassi Junior High and Degrassi High. The show moved to MTV Canada in 2013.

The news comes a day after Netflix has made its most aggressive move into full-length feature films yet with a deal to exclusively produce and show War Machine, Hollywood actor Brad Pitt’s latest movie.

The SVOD giant’s biggest original movie deal yet will see it join forces with Pitt’s Plan B for the satirical comedy, which is based on the Michael Hastings novel The Operators: The Wild and Terrifying Inside Story of America’s War in Afghanistan.

Pitt said: “We are so excited to be a part of the inspiring commitment by Netflix to produce cutting-edge content and to deliver it to a global audience” said Pitt.

Shooting on War Machine starts in August. Pitt will take the lead role. David Michôd (The Rover) is signed on to direct.