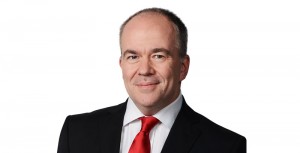 Eurosport is relaunching its Eurosport Player service as parent company Discovery embarks on a drive for one million OTT subs internationally. The Paris-based sports broadcaster will also start to compete for a wider range of exclusive rights as part of a four-point plan unveiled by CEO Peter Hutton at a press conference in Paris yesterday.

“Pay TV and sport in Europe has meant Eurosport,” said Hutton, who recently took the helm at the company. “The challenge now  is to take that fantastic heritage and tradition and make it more locally relevant and take Eurosport into biggest sports events in every market. We been set a challenge of strengthening four key areas: programming, production, promotion and platforms.”

On the programming side, Eurosport will push more aggressively for exclusive and locally relevant rights. “We have to secure more exclusive rights,” Hutton said. “Traditionally, Eurosport has shared a lot of rights with national broadcasters; we have to become the home of exclusive rights and have to make our channels more local, scheduled for local audience and about local stories.”

The channel operator has snagged a raft of rights in recent weeks including Wimbledon tennis rights in Belgium, Europa League football in Scandinavia and Singapore and PGA golf in Norway.

Eurosport is also relaunching its Eurosport Player next week. “It will relaunch on 10 June ahead of Le Mans and be in 52 markets,” Hutton said. “It has much more than just the channel, with highlights, stats, different camera angles – it takes you deeper into a sports event.

He added: “OTT and delivering content direct to viewers clearly a big part of [Eurosport and Discovery’s] future and it is great to have a first mover advantage with Eurosport Player. With Discovery behind Eurosport you will see a much bigger and more relevant Eurosport in years to come.”

The Player relaunch comes as Discovery starts rolling out is Dplay OTT service across Europe. It has launched in beta mode with a full roll out coming this summer. Discovery says it has 300,000 OTT international customers at the moment and it has an ‘march to a million’ initiative, with the goal of one million direct-to-consumer streaming subs by 2017.