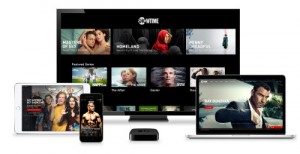 CBS-owned US broadcaster Showtime is set to launch a stand-alone streaming service in an effort to reach new subscribers.

The US over-the-top service, called Showtime, will launch in early July to coincide with the new series of Ray Donovan and Masters of Sex, which are both due to premiere on July 12.

Showtime will initially be available through Apple iOS devices and the Apple TV streaming box and will be priced at US$10.99 per month.

“Across CBS we are constantly finding new ways to monetise our programming by capitalising on opportunities presented by technology. This works best when you have outstanding premium content – like we do at Showtime – and when you have a terrific partner like Apple – which continues to innovate and build upon its loyal customer base.”

HBO launched its standalone OTT service, HBO Now, in the US in April via Apple devices and Cablevision’s Optimum Online service. Earlier this week, HBO said that it would roll the service out to Android devices this summer.