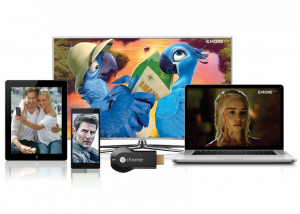 Sweden-based content group C More Entertainment has appointed Bo Thörnwall to the post of director of programmes as the firm gears up for its new SVOD platform.

C More will launch a C More-branded SVOD service with Svensk Filmindustri and Finland’s MTV later this year, as the firm shifts from linear broadcasting to a digital-first proposition.

Thörnwall’s new role hands him responsibility of series and film programming at the company, which is positioning subscription on-demand service C More as its main offer.

“C More is a quality label for premium film, series and children’s programming, especially focusing on local content,” said Thörnwall. “Furthering this development in a digital environment just may be the most rewarding job in Sweden.”

Thörnwall was previously part of C More’s programme acquisitions team, and also bought for sister company TV4. He joined TV4 Group from Kanal 5 in2006 as director of programmes for TV4.

On launch, C More will battle the likes of Viaplay, HBO Nordic and Netflix for domination of the competitive SVOD space in Scandinavia, and Manfred Aronsson, the firm’s CEO, said Thörnwall’s promotion would strengthen its position.

“I have known Bo since we worked together at Kanal 5 during the nineties, and am delighted to be able to welcome this veteran of film and series to our management group,” he said.

“C More is aiming at a prominent position in the SVOD market with the best film and series content and strong local focus. To achieve this we need Bo’s expertise.”

European media giant Bonnier acquired full control of C More last year, having first bought into the firm through its ownership of TV4 six years prior.