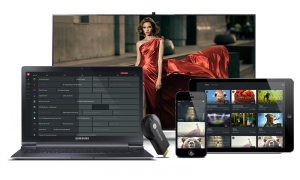 Cloud TV service, Magine TV, has launched a new customisable version of its offering in Germany in a bid to let viewers “pay for what they actually watch, and save on what they don’t.”

The new personalisation options will let viewers choose which channels they want to activate, and which to ‘pause’. All selected channels will appear in a tailored ‘My Channel’ list, where they can put them into a preferred order.

“TV and VoD options are increasing as we speak, and at some point this growing choice of programs and services becomes overwhelming for the user,” said Magine CEO Mattias Hjelmstedt.

“It is important to adapt to the customer’s needs; we need to simplify the process and choices by adapting to an individual’s watchlist and personal taste, rather than simply relying on channel scheduling.”

Magine said that its new ‘TV for Me’ approach lets viewers see a “de-cluttered presentation of content” that is “essentially eliminating the need for channel surfing.”

Users will be able to set notifications for their chosen watchlist shows so that they don’t miss an episode. Magine said it will also reward viewers that opt to personalise their channel list with points that can be swapped for savings on their monthly bill.

At a launch event in Munich yesterday evening, Hjelmstedt said that 85% of content on Magine is streamed live, and on average, each user spends 3 hours and 20 minutes per day on the service. In addition, in Germany, 51% of users reported that Magine is the only TV service that they currently use.

The news comes in the same week that Magine TV announced the appointment of Olaf Kroll as country manager in Germany. Kroll has previously worked for companies including News Corp, Hulu, Fox Interactive Media, Myspace, and Sony Entertainment.