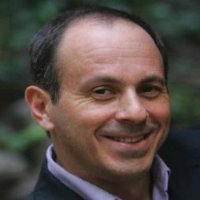 Kenigsztein, who was born in Argentina, will help to manage Liberty’s businesses in Chile and Puerto Rica and will work on “further developing strategic opportunities in the region.” He will report directly to Liberty CEO Mike Fries.

Liberty said a successor for the CEE managing director role role will be announced “in due course”.

“We are committed to growing our business in the Latin American and Caribbean region through the LiLAC tracking stock, and Betzalel brings extensive strategic and operational knowledge to this new role,” said Fries.

“I have worked with Betzalel for many years and have great confidence in his ability to support our world-class operations in Chile and Puerto Rico, and lead the development of new opportunities in this fast growing region.”

Liberty said last month that  it plans to implement its previously announced tracking stock for its operations in Latin America and the Caribbean (the LiLAC Group) on July 1. The creation and distribution of the LiLAC Group ordinary shares was regarded as a milestone in Liberty’splan to spin off its Latin American and Caribbean assets.

Liberty said it would inject US$100 million (€90 million) into the LiLAC Group ahead of the distribution to provide liquidity to fund ongoing operating costs and acquisitions.

LiLAC will comprise Chilian operator VTR and Puerto Rican operator Cablevision initially. Fries said in February that he believed there were very interesting consolidation opportunities in the region that would be easier to communicate to investors via a dedicated organisation.