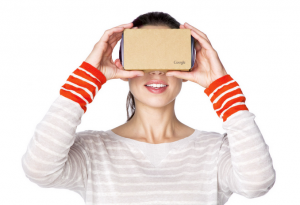 Announcing the rollout, YouTube said that all of the service’s 360-degree content is now available on Google Cardboard, providing a “truly immersive experience”.

Google Cardboard is an initiative that lets viewers place their phone in a folded cardboard holder that can be held up to their face, so that they can experience virtual reality apps.

YouTube first announced that it had started to support 360-degree video uploads, allowing viewers to control the angle and point-of-view of supported video clips, in March.

Viewers can access these videos from Android devices, the Chrome web browser and now also on iPhones and iPads running iOS 8.0 and above.

“To give you more ways to start filming in 360, we’ve announced today the Jump capture rig, which consists of 16 camera modules in a circular arrangement,” said YouTube product manager Sanjeev Verma.