BBC iPlayer requests up in April 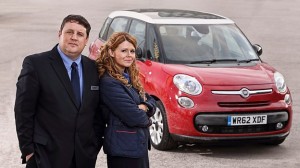 Programme requests to the BBC iPlayer were up slightly year-on-year on April, with no sign of the “seasonal slow-down” the BBC usually records from March to summer.

According to official BBC stats, total programme requests to the iPlayer amounted to 271 million in the month, compared to 268 million for the same period last year.

TV requests came to 218 million, up by 14 million compared to April 2014, with the rest of the programme clicks going to radio shows.

The top requested TV show for the month was the first episode of new comedy series Peter Kay’s Car Share, with a total 1.5 million live and on-demand requests.

The BBC said that, consistent with previous months, the profile of BBC iPlayer users has evened out over time in terms of male/female ratio, but remains “strongly under-55 in terms of age.”