More than 50% of UK homes now have tablets 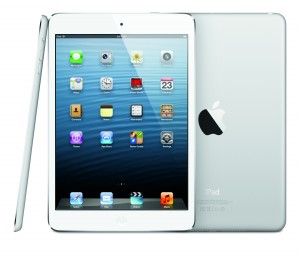 Approximately 54% of UK households now have a tablet computer, up from 2% in 2011, following a “rapid rise in popularity”, according to Ofcom statistics.

The UK broadcast regulator said that the tablet has “established itself as a must-have device in just five years” and are proving particularly popular among those aged 35-54, with 64% of people in this age group owning one.

Meanwhile, 11% of three to four year olds were found to now have their own tablet to keep them entertained, with the overall increase in tablet ownership tipped to continue.

“The trend looks set to continue – 21% of households currently without a tablet told Ofcom they were likely to get one within the next 12 months,” said Ofcom.

The research found that 58% of people with a tablet connected at home watch video clips online, with 36% watching catch-up TV services like the BBC iPlayer. Some 15% of all adults were found to use a tablet to play games such as Angry Birds or Candy Crush.

“While more than one in three adults (37%) use a tablet to go online at home, only 15% appear to take their tablet with them when out and about,” said Ofcom.