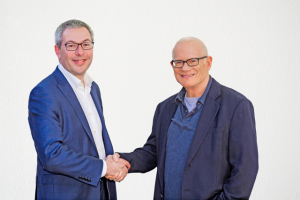 Former MTV Networks chairman and CEO Bill Roedy has taken a stake in music-focused multichannel network startup PopShack and has joined the board of directors alongside PopShack seed investors Blenheim Chalcot.

Roedy will serve as a non-executive director, assisting the company on wider strategic issues across brand and entertainment alliances, according to the company.

PopShack aims to build a global network of YouTube artists  who can connect brands with an audience of 13-24 year-olds. The company’s creative agency, PopShack TV, is tasked with developing content partnerships aimed at using this fan base to deliver on campaign strategies. The MCN claims to have notched up over two billion views since it launched in 2013.

“I remember 34 years ago there was a seismic shift in how things were done when MTV launched. It was pioneering and disrupted the system. I see this now with PopShack and the viewing audience who live on YouTube, finding and consuming content in a completely new way. PopShack is a business that has turned the old methods on their head. It’s about working with and in partnership with an engaged and partnered audience. I’m delighted to be investing in the business and joining the board and look forward to contributing to the tremendous foundation that Conrad and his team have built so far, expanding what is already a compelling proposition to both consumers and brands alike,” said Roedy.

“I am thrilled and honoured to have Bill investing in PopShack and joining our board. I can’t think of anyone better to help us build PopShack into a global music entertainment network and I look forward to sharing his experience and insights from the early days at MTV as part of that process,” said Conrad Withey, CEO of PopShack.