US cable turns in stronger performance, but cord-nevers expected to grow 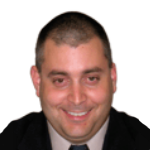 US cable delivered a stronger performance in the first quarter of this year, losing only 132,900 subscribers, but the number of homes without any form of pay TV subscription is expected to continue to grow over the next five years, according to research by IHS.

According to the research group, pay TV operators have improved their performance over previous quarters by embracing products aimed at non-pay households, including Dish’s Sling TV offering, customized packages from Verizon and Cablevision’s cord-cutter-targeted packages.

“Cable’s strong performance in the first quarter signals that the maturation of the US pay TV business is nearly complete. Significant gains for telco IPTV players are coming to an end, as cable companies have lately done a better job reducing churn. Growth in high-speed data and bundling are significant components of the cable industry’s growth strategy; however, better execution and technological developments are also playing significant roles in reducing subscriber losses,” said Erik Bannon, senior analyst.

“This decline does not signal the death of the pay TV business, as gains in average revenue per user are likely keep video revenue on a slow-growth trajectory. Even so, the number of pay TV households in the United States is forecast to remain fairly flat, as pay TV over-the-top television solutions become more attractive.”