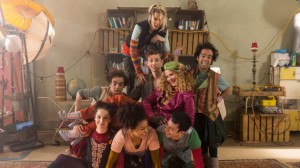 Sky is setting up a new production hub in Italy that will make content for the European pay TV operator’s services in the UK, Italy and Germany and Austria, which cumulatively have 21 million subs.

Sky’s new arts initiative will also see the Sky Arts 1 and 2 channels merged in the UK and the new single channel relaunched with a major focus on a new, wider video on demand offering stretching to 1,000 hours of arts and culture content. Sky said the single ‘super channel’ will have a 10% increase in its programming budget and have a more prominent position in the Sky EPG when it launches on June 9.

There will be a new Sky Arts channel in Germany and Austria, following the roll out of Sky Arte in Italy in 2012.

The Sky Arts Production Hub will be a commissioning and production centre based in Milan, Italy. Sky said this morning that the new pan-European arts programming move marked “one of the first major international content initiatives since the creation of the new Sky in November 2014”.

The new show will follow a similar format and seek out the best amateur photographer in Europe and will, Sky said, offer the biggest prize of any photography competition in Europe.

Jeremy Darroch, Group Chief Executive, Sky said: “Bringing the three Sky businesses together has opened up the opportunity to create new and exciting content on a greater scale.  As an international company, we can raise our ambition and make a bigger impact for millions of customers across Europe.”

The Sky boss added: “Today’s announcement represents a major new commitment. It builds on Sky’s position as Europe’s leading entertainment company and underlines our ambition to invest at scale in even more of our own original content.”

RT @TobyHolleran: The Disney Channel, Disney Junior and Disney XD have shut down in the UK, and all of their content is now exclusively ava…
01 October 2020 @ 09:59:32 UTC