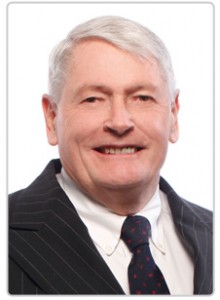 Charter will also provide an election option for each Time Warner Cable stockholder who, with the exception of shareholders in Liberty Broadband, Malone’s investment vehicle, and Liberty Interactive, will receive stock giving them US$115 in cash and New Charter shares equivalent to 0.4562 of old Charter shares for each Time Warner Cable share they own.

According to Bloomberg, which first reported the story, Charter was forced to raise its bid for the US number two cable operator after facing competition from telecom investor Patrick Drahi’s Altice, which last week struck a US$9.1 billion deal to acquire the seventh largest US operator, Suddenlink.

New Charter will be led by the company’s existing CEO Tom Rutledge, who will be offered a new five-year contract and will also be offered the role of chairman. Current chairman Eric Zinterhofer will continue to serve on New Charter’s board.

Charter meanwhile will fold Bright House Networks, which it is buying for US$10.4 billion, into the combined entity. Time Warner Cable itself had a right to match or block that deal under a previous agreement, and Charter’s deal with the latter clears the way for the acquisition of Bright House as well.

The three-way combination will create a new number two operator serving 23.9 million customers in the US.

Charter previously attempted to acquire Time Warner Cable early last year but was beaten to a deal by Comcast. It has now made a second – successful – bid for the operator following the collapse of the Comcast-Time Warner Cable agreement.

“The teams at Charter, Time Warner Cable and Bright House Networks are filled with the innovators of our industry. Representatives of each of these companies have invented some of the most revolutionary communications products ever created; innovations like video on demand, VOIP phone service, remote storage DVR, cable TV through an app, downloadable security and the first backward-compatible, cloud-based user interface. That spirit of innovation will live on, and it will create real benefits and great long-term value for the customers, shareholders and employees of all three companies,” said  Rutledge.

“With our larger reach, we will be able to accelerate the deployment of faster Internet speeds, state-of-the-art video experiences, and fully–featured voice products, at highly competitive prices. In addition, we will drive greater competition through further deployment of new competitive facilities-based WiFi networks in public places, and the expansion of the facilities footprint of optical networks to serve the large, small and medium sized business services marketplace. New Charter will capitalise on technology to create and maintain a more effective and efficient service model. Put simply, the scale of New Charter, along with the combined talents we can bring to bear, position us to deliver a communications future that will unleash the full power of the two-way, interactive cable network.”