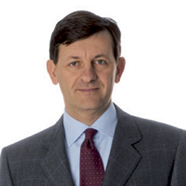 Vodafone has announced plans to enrich its My Vodafone app “in a massive way”, adding functionality like video so that it acts like “a TV in your hands.”

Speaking on the company’s fiscal fourth quarter and fully year earnings call yesterday, CEO Vittorio Colao said that Vodafone currently has 12.5 million My Vodafone app users, but claimed this is something “we need to improve.” He also said that Vodafone can increase the average use of the app from the current figure of 5.5 times per month.

“We’re going to enrich the app in a massive way, use it much more as a video, as a TV in your hands and as a contact mechanism also to reduce the cost and the context that we have in the real world,” said Colao.

Currently the My Vodafone app lets users keep track of their bill and account spending and search for nearby WiFi hotspots. However Vodafone said that other new functionality that it hopes to add are contextual offers and webchat.

Also speaking on the earnings call, chief finance officer Nick Read said: “We believe we can drive our adoption of My Vodafone app to over 70% of European smartphones from the 25% today.”

In a presentation to accompany its results, Vodafone said that it aims to achieve this 70% My Vodafone app penetration by full year 2017/18.

Elsewhere, the company listed the roll out of a consumer broadband proposition and TV offering, and growth in 4G among its main 2015/ 16 priorities for the UK.

Colao said that Vodafone will roll out consumer broadband in the UK in the summer and its TV offering “later in the year.”

Commenting on the UK TV service, which Vodafone first confirmed earlier this year, Colao said “it will be a modern, cloud-based, appealing TV offer which, of course, our competitors will fight against and will try to limit our commercial reach.”