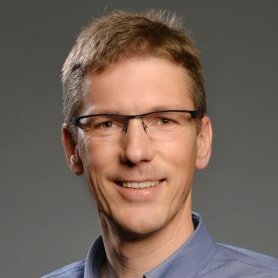 Pay TV operators have an opportunity to sustain their role, delivering value and protecting their business by using their platform capabilities to enable content owners to adjust to changing viewing patterns, according to Stefan de Beule, director, solutions architecture at Arris.

Live TV is still an important part of the overall TV experience and most non-live viewing is still ‘near live’, said De Beule, speaking at the company’s annual Video Leadership Forum event in Dublin. Audiences are demanding a variant on the live TV experience even as the life-cycle of content shrinks and the reach of popular shows declines, he said. This means that there will continue to be a role for aggregators such as pay TV providers.

Audiences for the world’s most popular TV shows have declined over the years to the point where the most popular shows, such as CSI, now only reach about 15% of the audience rather than the 75% reached by I Love Lucy in the 1950s, De Beule told attendees. Nevertheless, while live viewing is declining slowly it still accounts for the vast bulk of TV watching. The lifecycle of content being viewed on demand is also quite short, with 70-95% of on demand content viewed on Sky in the UK having been aired within the last seven days. “People don’t want to watch content exactly at the time specified but they do want to watch it within a short time frame,” said De Beule.

“Live TV is still there and there are a lot of big live events like sports,” said De Beule, citing the fact that the World Cup football final was watched by 87% of German viewers. Some shows, such as Game of Thrones meanwhile now achieve global reach, with 2.2 million illegal downloads within 12 hours of the show being released.

On YouTube meanwhile, the half life of a YouTube video has actually declined, with viewing patterns tending towards something closer to a ‘near live’ experience. In 2010 it took six days to achieve half of the audience of a typical video, as against 10 days in 2008, said De Beule.

The TV schedule also still has life in it, he said, particularly as most people only watch a few channels. “There is still a lot of value in the channel brand to help people discover content,” said De Beule.

On mobile platforms, meanwhile people still watch content on a maximum of, on average, two apps, meaning that there is also still a strong role for content aggregators across platforms.

The drive towards greater quality also has an impact on consumption patterns that give aggregators a role. New formats require more bandwidth, leading OTT providers to question the viability of supporting higher bitrate formats. “There is a key role here for a pay TV provider to deliver video at scale to multiple users,” said De Beule.

Time-shifted viewing is likely to increase, meaning that operators will need to expand fourfold their capacity allocated to video delivery. Moves to higher quality will lead to an expansion of capacity for video of about 15 times, meanwhile.

De Beule said that pay TV operators would have to invest in their platform capabilities to ensure that they continue to deliver value both to subscribers and to content partners.

“Pay TV operators, first, will have to build a fit for purpose IP video platform…to delivery time-shifted multiscreen video traffic. That is the plumbing. Second, they will have to keep the customer’s attention,” he said.

A fit for purpose IP video network will require a converged headend. “It no longer makes sense to have different parts for broadcast and multiscreen,” said De Beule. Operators want to prepare content once for multiple end points, including the adaptive bitrate network.

Operators also need to offer additional tools to content owners to enable them to make money from their assets. These include analytic tools and ad substitution capabilities.

They can further deliver value to content providers by unlocking the data they gather from TV delivery systems such as NDVR, combining it with complementary data such as data from audience measurement and service provider CRM systems, said De Beule.

At the level of the video itself, content delivery systems can generate metadata by analysing events in the video stream itself, providing search tools for specific points in video content, he said.