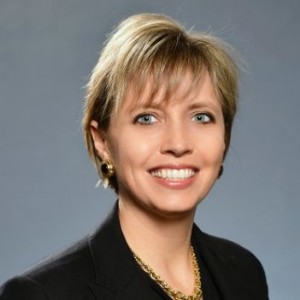 Binge viewing is primarily a solitary activity, WiFi is now seen as a utility and out-of-home viewing has yet to take off. These are some of the preliminary findings from technology provider Arris’s annual Consumer Entertainment Index research, details of which for the US, UK and Spain were revealed at its Video Leadership Forum in Dublin today.

Consumers increasingly want customised content on their devices and are looking for technology that enables the delivery of this, according to Sandy Howe, SVP of marketing at Arris, who said that the research showed that 58% of people binge-view on their own.

Arris’s survey last year found that 78% of people were engaging in binge viewing, overall. The most recent research had given additional information about how and why they binge. “This is a deeply personal solitary activity,” said Howe. “We believe it is like reading a book. It is not really a family activity.”.

People binge in different ways, via DVD, DVR, downloaded free catch-up services and many other mechanisms.

Arris’ survey found that the TV is still the default device for viewing, and people are looking for bigger TVs, with US homes having bigger TVs than those in the UK and Spain. The most popular size across all three markets was 102-114cm.

Laptops are the most popular devices for streaming, with desktops still popular in Spain, according to Arris. Tablets were more popular than desktops in the UK. Smart TVs are still not so widely used, but are more popular in the UK than the other two markets.

WiFi is now seen as a utility by consumers. “People view it as a utility but networks are often overloaded,” said Howe. Homes typically have 12 devices connected to WiFi in the home.

The living room is still the main room for watching TV, with the bedroom also growing in popularity, and the dining room still highly popular in Spain. Relatively few consumers watch TV out of the home, according to Arris, with some 30% currently watching TV on mobile devices outside the home. Mobile viewing is particularly popular in Spain relative to the UK and US. People are resistant to TV on the go because of factors including screen size, data plans, WiFi connectivity, and time taken to download content, according to Arris.

Arris surveyed 19,000 consumers across multiple territories, and provided advanced data from the US, UK and Spain, ahead of the full report being released on June 17.