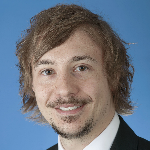 The content strategies of vendors will lead to global sales of OTT TV retail set-top boxes exceeding telecom IPTV set-top shipments this year, according to research from IHS.

According to the research group, 31 million retail OTT set-tops will be shipped in 2015, compared to 30 million IPTV boxes shipped by telcos.

The upsurge in retail box sales will be a direct result of the content strategies of leading vendors Apple, Google and Roku, according to IHS. These providers have been more aggressive in adding content sources to their devices than rival players including game console vendors, according to the group.

“OTT STBs were initially written off as a temporary measure for consumers to bring OTT video to TV screens. It was assumed that smart TVs, Blu-Ray disc players and gaming consoles would eventually take the place of STB devices; however, while consumer adoption of smart devices has grown considerably, OTT STBs have still managed to flourish,” said Daniel Simmons, director of connected home research at IHS.

“Ultimately buying a dedicated box enables viewers to choose the OTT services they watch on their TV, rather than simply living with the pre-installed options.”

IHS noted that pay TV operators are also contributing to sales of OTT devices by deploying internet-connected OTT devices to extend their video-on-demand libraries and the range of catch-up services they provide. Total shipments of connectable set-top boxes will, according to the research group, are exceeding sales of retail OTT boxes by a huge margin. In 2018, connectable pay TV box shipments will grow to 169 million units, compared to 38 million retail OTT box shipments, says IHS.