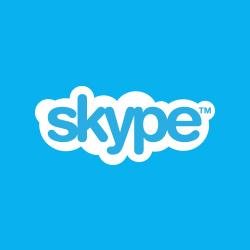 Pay TV giant Sky has won a legal victory in a dispute with Microsoft by preventing the latter from registering a European trademark for Skype.

The General Court of the European Union accepted Sky’s contention that the Skype brand and the figurative elements of its logo could result in consumer confusion.

The court also ruled that the Skype logo, which includes the Skype name surrounded by a cloud-like graphic, could heighten confusion.

“Conceptually, the figurative element conveys no concept, except perhaps that of a cloud, which would further increase the likelihood of the element ‘sky’ being recognised within the word element ‘skype’, for clouds are to be found ‘in the sky’ and thus may readily be associated with the word ‘sky’,” it argued.

The court found that Microsoft’s argument that Skype’s name is already well-known had no relevance because “even if the term ‘skype’ had acquired a meaning of its own for identifying the telecommunications services provided by the company Skype, it would be a generic, and consequently descriptive, term for services of that kind”.

The court further ruled that while, Sky and Skype operate in “peaceful coexistence” in the UK, that only related to Skype’s core business of peer-to-peer telecommunication services and does not “lessen the likelihood of confusion in respect of the many other goods and services covered by the signs”.

Microsoft has pointed out that the case relates to the trademark registration rather than Skype’s use of its mark.

Sky said that the case related to a long-running dispute over the extension of the Skype trademark to cover goods and services that overlap with its own, including “TV-related” products and service.