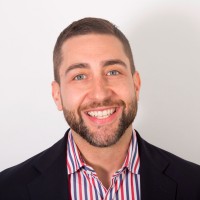 Wrestling network WWE is looking to build the WWE Network as a strong direct-to-consumer offering as it faces up to the long-term decline of its traditional pay-per-view business, according to Ed Wells, senior vice-president and managing director, delivering a keynote at TV Connect

“Second-screen and TV Everywhere are really extensions of the traditional TV world. We at WWE has focused on building a direct to consumer relationship with ubiquitous access to content and an opportunity to raise incremental revenues,” Wells told TV Connect conference attendees yesterday morning.

Answering a question about the ability of the traditional business at the end of the session, Wells conceded that PPV would likely not be sustainable in the long term.

“As long as people continue to buy pay per view, we’re happy to be in that business. If you look at the UK we continue to be in the pay-per-view business with Sky very successfully. I think it’s about how those partners view that opportunity. But we saw that business, in the long term, as a non-sustainable business, and we needed to make the move, so we started the transition,” he said.

In his keynote, Wells said that WWE cares about OTT in the first instance because of the need to attract millennials, and that it currently sees the direct-to-consumer offering as complementary to its existing business. “Do we just embrace the cord cutters or do we still stay active in the traditional space? When we looked at the numbers we realised it is all additive. We saw it as an additive opportunity,” he said.

In the longer term, he said, “the younger generation’s preference is going to become mainstream”, adding that players like WWE couldn’t afford to ignore this growing audience.

WWE has so far signed up 1.3 million subscribers to its OTT service and has recorded 90% satisfaction with the offering, according to Wells.

“We had to embrace the long dark hallway of change. We had to find a path from our traditional PPV business model. We did research that showed our fans were five time more likely to consume digital content than the average and two times more likely to subscribe to a service like Netflix or Hulu,” he said.

Wells said WWE produced 9,000 hours a year of original programming and has a library of about 150,000 hours, giving it a deep well of content to exploit. It can also scale the availability of this content globally, with a presence in 177 countries so far, said Wells.

He said that WWE remained committed to the traditional pay TV business, noting that WWE has up until now focused on taking its live events to TV partners via exclusive deals.

RAW and Smackdown have seen an increase in global viewership that benefits pay TV partners and gives WWE more revenue from licensing.

The group’s big seven agreements should increase in value by 75-80% by 2018, he said. The WWE Network itself is still driven by PPV and monthly PPV specials remain the number one revenue creator.

Wells said that WWE has also prioritised building a presence on social networks that can generate revenue via advertising and syndication. The company has 475 million social media followers and generates 4.2 billion YouTube streams. “We have a really strong hold in the digital and social space,” said Wells.

On the OTT side, Wells said that in addition to its own offering, the group has teamed up with other OTT players such as Hulu and Netflix.