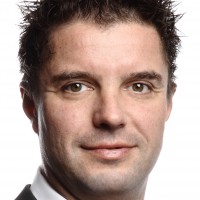 Red Bull Media House is planning to build the presence of its Red Bull TV channel, hitherto available online, on traditional pay TV platforms by  embracing a wider variety of content, according to Bernard Hafenscher, head of commercial distribution.

He said Red Bull Media House targets an audience that is “not exactly a demographic” but a “psychographic” of people who are keen to follow content associated with the brand. This audience is not fixated on a particular genre of content but on content that they associate psychologically with a company that started life as a provider of energy drinks. He said Red Bull was also now talking to a broader consumer audience as well as selling its new content mix to third-party distributors.

“We need to move out of action sports into new areas,” said Hafenscher. “We are doing nature documentaries and all sorts of non-fiction content. We are going more towards storytelling, not only in extreme sports but about people who are creating startup companies or whatever. This has given us a lot more credibility beyond our original media content. Red Bull TV is spread over all the available OTT platforms but is also available for distribution with operators as an app or as a channel.”

Hafenscher said Adidas had been one of the first advertisers to sign up to this new approach. The Adidas outdoor division ran a campaign last October called Open All Winter, advertising sports gear.

“We ran a classic banner campaign and integrated [Adidas] in all our social media in a very native way, giving them a good brand fit and delivering the values promised in the campaign. We delivered the KPIs that were agreed two weeks before the campaign finished,” he said.