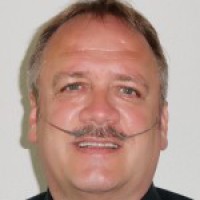 Deutsche Telecom is increasingly looking to improve efficiency by outsourcing core TV operations to vendors, while taking control of the end-to-end delivery, according to Thomas Staneker.

Speaking at TV Connect this morning, Staneker, who is head of the TV technical service centre for Deutsche Telekom / Magyar Telekom, said the company will increasingly “go for models where we operate services not alone”.

This follows a major reorganisation two years ago when Deutsche Telecom set up a single TV centre, based in Budapest, to work on consolidated specifications across all seven of the company’s non-German TV markets – which extend from Slovakia to Greece.

“Two years, when we started this activity, we had 52 set-top boxes from 26 vendors, five CAS platforms, three to five middleware platforms,” said Staneker.  “We called it a zoo – the zoo is an organisation that is typically not very profitable because you need, for every animal, a different cage, different food, different people to treat it. So we decided maybe a farm is a more efficient organisation – where you have one species and you can feed it with big volumes of food that you buy cheaper.”

With this internal restructure, Deutsche Telekom has created a “highly efficient” TV operation with better engineering muscle, better technology and faster times to market, according to Staneker.

“I think the trusted partnership is very important because we are outsourcing things that normally are core business to a vendor or to a partner,” said Staneker.

“When we were looking to get an end-to-end solution that is provided by one single partner, we quickly identified that that is not going to work. That’s why we decided the solution we have to go for is an ecosystem. And I insist that ecosystem is written with a ‘c’ and not with a ‘g’. We are interested in building a value chain together with our partners.”

Describing the firm’s new processes, Staneker said that Deutsche Telekom defines the main building blocks of an end-to-end TV architecture and then sources them from the best-in-class vendors it can find.

“We have to specify the puzzle pieces in a way that, at the end, they sit together. That is typically done either by standardisation or it is done by a very tight alignment with a couple of vendors that work together,” said Staneker.

“We have taken the decision that we will take responsibility for the end-to-end integration of the platform ourselves, which is quite new. We will then specify the borderlines of these different blocks and then source them from the industry, mainly in a dual-vendor scenario, so we will typically have two vendors for the strategic building blocks.”