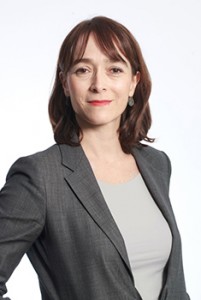 France Télévisions president-to-be Delphine Ernotte-Cunci intends to focus on enabling the broadcaster to adapt to changing conditions while maintaining its core public service values, with a strong emphasis on decentralisation, according to the strategic plan she submitted as part of her application for the job, which has now been made publicly available by regulator the CSA.

In a plan she dubbed ‘Audace 2020’, Ernotte-Cunci said she would focus on the development of a “more coherent bouquet of [France Télévisions’] different channels”, with a greater emphasis on coordinating resources and an emphasis on content creation. She said the plan would be implemented in a decentralised way, with more responsibility granted to teams in the regions and overseas territories.

Ernotte-Cunci said the broadcaster faced a choice between “adaptation or decline” and would have to make the necessary investments to be part of the emerging distribution landscape being shaped by the internet.

She said she would put in place a team to ensure that the broadcaster’s employees are consulted and on board with changes and that one of the keys to progress would be a simplification of the group’s management structure.

She said France Télévisions should organise its activities around two axes – digital transformation and associated methods of working, and a programme of individualised training to enable its employees to adapt to changes.

She said she would create a leadership team of 14 based on the five channels, two cross-channel areas – strategy and programming, and information – to which would be attached adjacent functions including commercial affairs, technology, technical infrastructure, finance, human resources and communication.

Ernotte-Cunci said she would also focus on cost control, with the setting of a new budget for 2015 to put the group’s finances in order.

In terms of channels and programming, she said she would focus on “reinventing the offer” of the broadcaster with an emphasis on attracting a young audience via France 4. She said France 2 and France 3 need to have greater clarity, with the former focused on live programming and general entertainment and the latter on culture and the regions.

Ernotte-Cunci said that the broadcaster also had to take advantage of new distribution opportunities, for example by capturing a part of the growing VoD market.

Finally, she said a new five-year pact with producers is necessary to strengthen local content creation and ensure French TV a place in the international programming market.