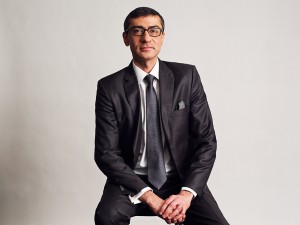 Nokia is to acquire Alcatel-Lucent in an all-share deal that values the latter at €15.6 billion, representing a fully diluted premium of 34% and a premium of 28% to shareholders. The pair say that the combination will create major European technology company with expertise across both fixed and mobile segments.

The two companies have entered into a memorandum of understanding under which Nokia will make an offer for all of the equity securities issued by Alcatel-Lucent, through a public exchange offer in France and in the US, on the basis of 0.55 of a new Nokia share for every Alcatel-Lucent share.

Alcatel-Lucent shareholders are expected to own 33.5% of the fully diluted share capital of the combined company, and Nokia shareholders will own 66.5%, assuming full acceptance of the public exchange offer.

The combined company will take the Nokia name and will be based in Finland. Nokia chairman Risto Siilasmaa is expected to serve as chairman, and Nokia’s current president and CEO Rajeev Suri as CEO.

Nokia said it is committed to a continued strong presence in France, and that it intends to establish a €100 million investment fund to invest in start-ups in France with a focus on the Internet of Things and the Industrial Internet.

The deal is expected to close in the first half of next year. The proposed transaction is subject to approval by Nokia’s shareholders, completion of relevant works council consultations, and shareholder approval.

According to the pair, the takeover will create a company that is in a position to  accelerate development of future technologies including 5G, IP and software-defined networking, cloud and analytics as well as other areas including sensors and imaging.

The deal will create a company with net sales of €25.9 billion and an operating profit of €2.3 billion for 2014.The company will target approximately €900 million of operating cost synergies to be achieved on a full year basis in 2019.

News of the deal has provoked mixed reactions, with Nokia’s shares rising and Alcatel’s falling amid disappointment at the terms of the deal.

Both companies have a history of troubled mergers and acquisitions, notably Nokia’s problematic joint venture with Siemens and Alcatel’s long-running struggle to integrate Lucent.

“Together, Alcatel-Lucent and Nokia intend to lead in next-generation network technology and services, with the scope to create seamless connectivity for people and things wherever they are. Our innovation capability will be extraordinary, bringing together the R&D engine of Nokia with that of Alcatel-Lucent and its iconic Bell Labs. We will continue to combine this strength with the highly efficient, lean operations needed to compete on a global scale,” said Suri. He said that the pair had “hugely complementary technologies” to enable the internet of things and transition to the cloud.

“A combination of Nokia and Alcatel-Lucent will offer a unique opportunity to create a European champion and global leader in ultra-broadband, IP networking and cloud applications. I am proud that the joined forces of Nokia and Alcatel-Lucent are ready to accelerate our strategic vision, giving us the financial strength and critical scale needed to achieve our transformation and invest in and develop the next generation of network technology,” said Michel Combes, CEO of Alcatel-Lucent.

“This transaction comes at the right time to strengthen the European technology industry. We believe our customers will benefit from our improved innovation capability and incomparable R&D engine under the Bell Labs brand. The global scale and footprint of the new company will reinforce its presence in the United States and China.”