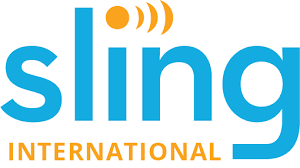 US pay TV operator Dish Network has rebranded its package of international TV channels aimed at US subscribers, formerly known as DishWorld, as Sling International, the international version of the Sling TV OTT service it recently launched in the US.

Sling International will offer programming from close to 200 channels in 18 languages to US households with prices starting at US$15 a month.

Customers can now sign in to their Sling International accounts using all devices that support Sling TV, including Amazon Fire TV and Fire TV Stick, current-generation Roku players and Roku TV models, Android and iOS devices, Xbox One consoles, and Macs and PCs. DishWorld customers who use Samsung Smart TVs will continue using the DishWorld app, but support of Sling International will become available on select Samsung Smart TVs in the coming weeks, according to the operator.

“Sling TV grew from the foundation established by DishWorld, enabling us to test, grow and improve our OTT capabilities through a service that streams tens of millions of hours of content every month,” said Roger Lynch, CEO of Sling TV. “Incorporating DishWorld into the Sling TV portfolio makes it even easier for viewers to get the best of both domestic programming and the shows and sports they love from overseas.”