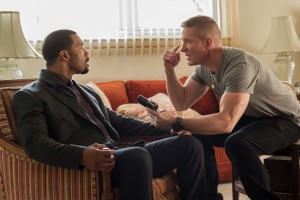 Starz Play Arabia launches on April 2 in 17 territories throughout the region, offering consumers premium content from the US cable channel on-demand.

Starz developed its local offer with Parsifal Entertainment Group, with Maaz Sheikh, who was chief sales and operations officer at a leading pay TV network in MENA, drafted in to run the business as president and COO.

“Starz Play Arabia has a unique opportunity to fill a market need and offer the growing internet-savvy population of the region the best in TV and movie content, at an affordable price point, and with high-value convenience and control,” he said.

This marks the first time Starz Play has launched outside the US, and also places it in competition with icflix, which is the only dedicated SVOD service in MENA. Netflix is expected to reach the region within the next 18 months.

“Starz Play Arabia has a strong content foundation in place anchored by the growing worldwide portfolio of Starz Original series programming and leveraged with a smart mix of other premier licensed product through our relationships within the industry.”

The launch, which has been in the works for some months, will add value to US-listed Starz, which was spun out of John Malone’s Liberty Media in 2012 and has long been considered a take-over target over larger media groups such as 21st Century Fox, Time Warner and The Walt Disney Company.