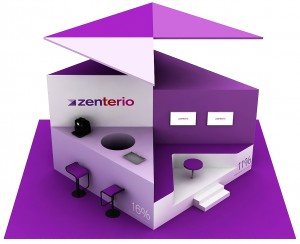 TV technology provider Zenterio has named Jörgen Nilsson as its new CEO and is preparing for a IPO.

Nilsson, who will take up his new role tomorrow, has worked at companies including Ericsson, Hewlett Packard and Acision. More recently, he has had held several non-executive advisory roles for technology companies.

Zenterio is currently considering additional funding to strengthen its balance sheet in preparing for the IPO during 2015. It said its largest shareholder, Scope, is committed to the process and Zenterio has the intention to communicate any measures to be taken within the next month.

“After an extensive search process, we are very pleased to announce Jörgen Nilsson as Chief Executive Officer who we believe is the perfect match when Zenterio is now moving into the next phase. We are leaving the entrepreneurial start-up phase and transforming into a larger and more established company. Jörgen Nilsson has a proven track record of growth leadership within our industry and his experience will be very beneficial for Zenterio going forward”, said Olli-Pekka Kallasvuo, chairman of Zenterio’s board.