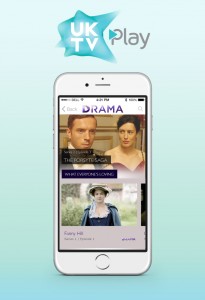 The service provides viewers with access to a mixture of catch-up and classic programming. Drama classics such as Agatha Christie, The Forsyte Saga and Death Comes to Pemberley, along with shows such as The Bill and Birds of a Feather.

Shows available at launch will include Lovejoy, Rumpole of the Bailey, In Deep, Touching Evil, Pie in the Sky, The Mayor of Casterbridge, The Road to Coronation Street, Jack the Ripper and Catherine Cookson.

Drama joins UKTV’s other popular free-to-air channels Dave, Yesterday and Really on UKTV Play which is available on iOS, Android, PC and YouView. UKTV Play on cable operator Virgin Media’s Virgin On Demand offers catch up for all of UKTV’s 10 channels.

Dan Fahy, UKTV’s director, commercial and business development, said, “UKTV Play is proving popular with viewers and we want to give them even more access to UKTV’s great programming, when and where they want. The addition of Drama’s well known and loved programming reinforces UKTV Play’s position as a must-have on demand service for our audience, especially as we continue to launch UKTV Play on to more platforms.”