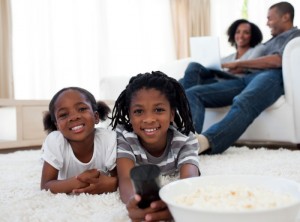 SMO plans to launch two new services – Ma TELE, targeted at French-speaking countries, and Shashatee, a new Arabic-language pay TV service, in April, joining the established My TV service that has been resized and rebranded as My TV Smart, also broadcast from Eutelsat 16A.

Ma TELE will initially target subscribers in Côte d’Ivoire and the Democratic Republic of Congo with an offer of close to 30 channels, including its own flagship Africa-specific channels and AB Sat’s BIS Africa service. It will also air a line-up of unencrypted free-to-air channels.

Strong owns operations for distribution, technical support and after-sales service in a number of Sub-Saharan Africa countries, which it will use to promote and sell the TV services.

“We are excited to announce the launch of our new services for Sub-Saharan Africa. We selected Eutelsat 16A for its solid video neighbourhood and significant audience penetration in our target markets. We are more than confident that our cooperation with Eutelsat will bring the desired added value to the services we intend to deploy over the region,” said Samer Mourad, chief operating officer of SMO.

Michel Azibert, chief commercial and development officer at Eutelsat, said: “Our 16° East neighbourhood is fast ramping up to be a key point of reference for a diverse range of African and international content. With Strong’s skills at assembling compelling digital content and ensuring viewers get access to affordable and quality consumer equipment we are well placed for a new phase of growth. We look forward to collaborating with Strong on accelerating access to digital entertainment in Africa.”