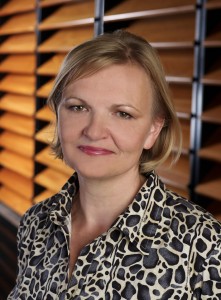 Under the deal, SPT will fully own and operate the five Film1-branded pay TV channels – Film1 Premiere, Film1 Action, Film1 Comedy and Kids, Film1 Spotlight, and Film1 Sundance – as well as the Film1 Go digital service.

Liberty Global agreed to sell its Film1 channels in the Netherlands as a condition of its buyout of Dutch cable operator Ziggo, which was cleared by the European Commission in October.

However, all five Film1 channels will continue to be carried on Liberty’s Ziggo and UPC TV platforms in the Netherlands.

“The acquisition of Film1 marks a key move into the Dutch market and underlines our continued commitment to grow our highly successful and diverse suite of channels across Europe,” said Marsh.

The deal expands SPT’s Western European footprint, which also includes Spain, Portugal, Italy, Germany, Switzerland, the UK and Ireland, with Film1’s team due to report to Marsh after the deal closes.

The acquisition is the latest by SPT, which acquired the Viasat3 and Viasat6 free-to-air TV channels in Hungary from the Modern Times Group in February. Last year, SPT also bought UK channel group CSC Media.

“When approaching the sale of Film1 as part of the group’s acquisition of Ziggo, we wanted to ensure the new owner would be focused on building on a strong portfolio of channels. We are pleased that Film1 will be in good hands under Sony’s ownership,” said Niall Curran, president of Liberty Global’s media investments group.

Completion of the deal, which was agreed for undisclosed terms, is still pending regulatory approval.