Zee Network to launch &TV channel in the UK 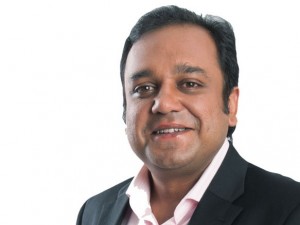 Zee Network Europe is set to rollout its new Hindi-language general entertainment channel &TV in the UK next month, following recent launches in India and the Middle East.

Speaking to DTVE, Punit Goenka, managing director of Zee Entertainment, said that while Zee TV is a “more traditional brand”, free-to-air &TV will focus on more young, edgy and contemporary storytelling that is still “deeply rooted in Indian values.”

The &TV channel’s core demographic is 15 to 44 year-old men and women and will feature a combination of acquired and Zee-originated content. The latter will be produced in both India and the UK and other parts of the world to give the channel a “local flavour”.

Goenka said that &TV’s rollout in India earlier this month was Zee’s “biggest launch in the last decade”, with ratings climbing from some 90 million impressions to 105 million over the space of two weeks.

&TV is now also live pan-regionally in the Middle East, and following the UK launch, Zee plans to take the channel to the US in the second half of the year, rolling it out in around October.

Asked whether Zee has plans to launch the channel elsewhere in Europe, or in Africa or Latin America, Goenka said: “We are working with our distribution partners in each of these markets.

“Depending on how and when they can launch it, it will be going global eventually. Hopefully by the end of this year, we should be covering the entire footprint, just as Zee TV does.

The introduction of the new channel, which was announced at a press conference in London yesterday, is timed to coincide with Zee’s 20-year broadcasting anniversary for its flagship Zee TV channel in the UK and Europe.