Fries and Cubero to appear at ANGA COM 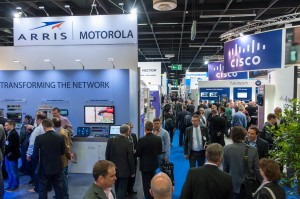 German broadband trade fair ANGA COM has provided details of the agenda for the 2015 show.

The Congress will kick off with a speed by North-Rhine Westphalia prime minister Hannelore Kraft, and the opening panel session will, for the first time, be split into two parts featuring network operator and media respectively.

Highlights of the strategy programme include a panel on the competition between video-on-demand and pay TV with Amazon Instant Video, M7, ProSiebenSat.1, Sky, and Tele Columbus.

Other features include sessions on network neutrality and migration to DVB-T2 as well as a strategy panel on TV everywhere and the cloud.

“The DNA of ANGA COM is and will remain the close combination of broadband and audiovisual media – practical, international and strictly dedicated to business. This year, we especially like to thank our diverse cooperation partners bringing together,” said Peter Charissé, MD of ANGA COM.

According to ANGA, 400 exhibitors from 30 countries have so far registered for the show.