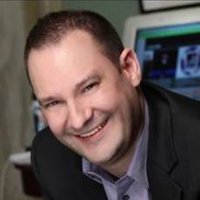 Linear TV is still the dominant viewing source among those aged six to 34, with 69% of adults and 76% of kids still starting their viewing journey via TV channels, according to new research by Viacom International Media Networks (VIMN).

The TV RE[DEFINED] study claims that linear TV is still currently the only source that satisfies “both passive and active viewing needs” and, despite changing viewing habits, 71% still go to TV first, with the box remaining the main reference to discover and watch TV programs.

Unveiling the research unveiled at Cable Congress in Brussels this morning, VIMN’s vice-president of research, insights and reporting, Christian Kurz, said that although the role of linear TV could still be challenged, “no online service is currently competing” with the viewing experience it provides.

The research, which took a sample of 10,500 respondents aged 6-34 across 14 countries  – including the UK, Germany, Italy, Russia, Sweden, Poland, Brazil, Mexico and Australia – said that channel-surfing is still the primary discovery method used to find content by viewers today, followed by word-of-mouth and then TV ad spots and promos.

“Online is very useful as a means of reinforcing interest, but it is linear TV that ‘seals the deal’ and commits them as viewers,” said that study.

The research said that while VoD and subscription services are redefining TV, there is no dominant non-linear content source, with 56% of viewers in the previous week claiming to have accessed VoD, 53% channel sites, 51% DVR, and 47% SVoD.

The research also said that for the majority of respondents, the defining part of TV Everywhere was the ability to watch ‘when’ they want – not ‘where’ or ‘how’.

“This highlights the importance of user-friendly platforms to make it simple to watch their shows when the moment comes,” according to the research.

Kurz said that while TV is now a “two-way conversation,” that does not just mean social media – “our customer service centre phonelines are just as good a channel to listen to what people have to say as any others.”

Referring to new ways of watching TV, Kurz said: “The expectation of the audience is that content is everywhere and all the time. So wherever we put rules and boundaries around that, we have to be really careful, because we do risk losing the audience. That goes for TV providers just as much as it goes for content creators.”

“As a consumer I don’t understand exclusivity – I’m paying for it [content] so show it to me everywhere. That means that I want it on a TV operator catch-up app, but I also want it on the channel app, because it’s my choice as the consumer to decide where I want to go and how I want to watch it. That’s what as an industry we have to really deliver on.”

In conclusion Kurz said: “In TV RE[DEFINED] the biggest step-change is not the devices or the sources – the biggest step-change is the engagement with content. It’s the relationship between the viewer and the maker, or the creator. It’s that two-way conversation and that is really redefining what television is today. It’s not TV on our terms anymore, it is TV on their terms and that really means that we can redefine our relationship to the viewer. But we have to actively do that and we have to actively engage with that.”