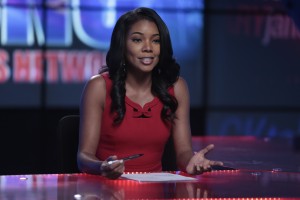 The channel will be available exclusively on MultiChoice-owned pay TV platform DStv from April 2, and will be found at channel slot 129 on the EPG.

The launch will mark the tenth African channel or multimedia entertainment brand to be operated on the continent by VIMN Africa, with BET to be available on the DStv platform alongside sister channel BET2, formally BET International.

“The launch of this new BET channel is a great addition to our portfolio in Africa – it brings a localised touch to a popular brand and broadens our entertainment offering in the region,” said Raffaele Annecchino, managing director and executive vice-president, VIMN South Europe, Middle East and Africa.

“This is a momentous milestone as the launch of a tenth channel coincides with the celebration of VIMN Africa´s tenth anniversary.”

VIMN Africa first started operating on the continent with the launch of MTV Base in February 2005.

The new 24-hour BET channel is aimed at viewers aged 20 to 49 and is designed to reflect African and African-American culture. It will feature both local and international productions including dramas, family-friendly sitcoms, stand-up comedy, talk shows and documentaries.