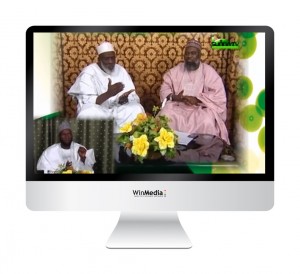 Sunna TV, one of the channels on SeeAfrika

SeeAfrika launched last month with a bouquet of 70 national and international channels available in Benin, Niger and Burkina Faso. The French-language platform broadcasts via Eutelsat 16A at 16° East. Decoders provided by Strong are available for XAF25,000 (€38) plus a XAF5,000 set-up charge. A standard package is available for XAF2,500 a months with discounts for longer-term contract, while an expanded Bouquet Intégrale featuring channels including National Geogrpahpic, Cartoon Network, Fox Sports and French public channels is available for XAFA9,500 a month, again with discounts for longer-term commitments. A number of channels are available free of charge.

WinMedia is providing its WinMedia Traffic tools, allowing the operator to ingest, prepare and preview their playlists and add graphics using the WinPublish module.

SeeAfrika programming is then sent to the playout system, set up in Globecast’s technical operation centre in Paris. Each playout server can simultaneously broadcast up to four different channels in HD and/or SD formats along with the relevant CGs that project the style and individual look of each program and channel. From there, the channels are sent via satellite to a teleport for uplink onto the satellite platform.

The system will enable Canal Holding will run channel playout from its own premises while controlling costs.

“Canal Holding has been using WinMedia innovative TV solutions for the preparation, scheduling and playout of its African on-air channels. WinMedia applications are highly flexible and have a scalable architecture, which are critical for our operations. Not to mention their ease of use,” said Issa Salifou, CEO at Canal Holding.