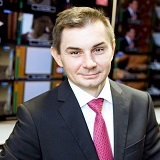 Russia and several other countries will see the launch of the first “full-scale 4K channels in 2015,” according to Mikhail Goryachev, chief content officer of Russian pay TV operator Tricolor.

In an interview with DTVE, Goryachev said that he believes that Ultra HD implementation on a mass scale is “unavoidable” and that pay TV providers will start implementing UHDTV services – the only question is when this will start on a commercial basis.

“However, all preliminary efforts have already been accomplished: A unified Ultra HD marketing code has been approved, Ultra HDTV standard adopted by MTU in 2012 exists, and satellite operators have successfully implemented the new HEVC/H.265 codec. We expect simultaneous launch of the first full-scale 4K channels in 2015 in several countries, including Russia.”

“In November 2014 we launched five mobile applications for viewing our channels on Android tablets and receiving extra information about movies and TV programs. In 2015 we are planning to launch several services that will enhance our relevance and popularity with Russia’s general audience,” said Goryachev.

For the full interview with Mikhail Goryachev see DTVE next week.