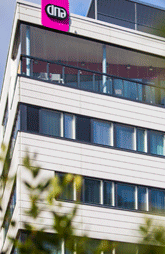 Yle has made Yle Fem HD and Yle Teema HD, available to DTT viewers. The move will mean that Yle Fem HD boosts its DTT coverage while Yle Teema HD will be available on DTT for the first time.

“DNA’s plan is to offer great TV content with high viewing quality to as many TV viewers as possible. Yle’s HD channels are a great example of this, and we are extremely pleased to have them as part of our channel range,” said Jarno Haikonen, Vice President, Entertainment Business, DNA.

“Yle is constantly expanding its offering of full high-definition content. Thanks to advances in studio technology, nearly all TV programmes produced by Yle will be of HD quality this year. Purchased programmes are always acquired in the best possible quality,” said Janne Yli-Äyhö, Chief Operations Officer, Yle.