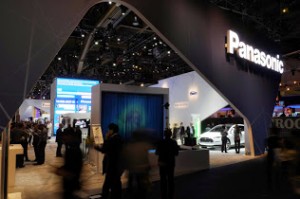 Panasonic has unveiled a number of 4K TV sets that will run on Mozilla’s Firefox OS, following a preview of Firefox-based panels at CES in January.

At the company’s convention in Frankfurt this week, Panasonic highlighted the new Firefox-based interface foxr its 2015 models, featuring three decks to accommodate live TV, apps including pre-installed apps and those available from the Firefox Apps Market, and devices to which the panel can be connected.

The devices allow users to pin favourite on the home screen as well as to search the TV and internet for content and to access information and recommendations on an single Info Frame feature.

Panasonic announced that it was teaming up with Mozilla for smart TVs at the beginning of January. “Panasonic had been expanding content and services dedicated for Panasonic TVs on our own portal site and our collaboration with Mozilla on Firefox OS will further accelerate various innovations and encourage many new services,” said Yuki Kusumi, Director of the TV Business Division of the Panansonic’s AVC Networks Company at the time.