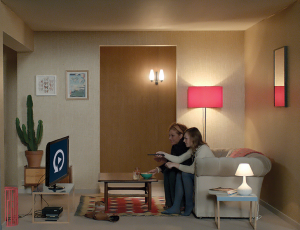 Belgacom ended the fourth quarter with 1.593 million subscribers to its Proximus TV service, an 8.7% year-on-year increase.

Announcing its fourth quarter and full-year results, the firm said that its decision to group all of its services under the Proximus brand last year had resulted in “strong operational results” with Belgacom’s mobile customer base and internet base also growing year-on-year.

The firm said that of its total TV base, 304,000 were multiple set-top box users and that quarter-over-quarter it added 35,000 TV customers thanks in part to a popular year-end Proximus promotion.

Belgacom said that fourth-quarter 2014 TV revenue grew by 11.6% to €77 million, as a result of continued subscriber growth and TV-options such as football subscriptions and TV-replay.

“I’m pleased to announce that we have closed the year 2014 on a strong note. In a highly competitive market we achieved our 2014 revenue and EBITDA guidance. Moreover, we realised a strong set of operationals, strengthened by our continued efforts to improve the overall customer experience, combined with our great position to offer attractive convergent solutions,” said Belgacom CEO, Dominique Leroy.

“Especially in the fourth quarter, we saw good growth in our customer base thanks to a successful year-end campaign launched under the new Proximus brand.  As a result, we have closed the year with a higher market share for Mobile, Digital TV and Fixed Internet.”

Overall, Belgacom reported Q4 underlying revenues of €1.506 billion, up 2.2% year-on-year. However, fourth quarter net income was down, coming in at €98 million compared to €148 million for the fourth quarter of 2013.

Belgacom began to group all of its Belgacom and Proximus products together under the Proximus brand in September.  At the time, company CEO Dominique Leroy described the change as “a fundamental part of our growth strategy,” and one that made sense as fixed, mobile and IT technologies increasingly converge.