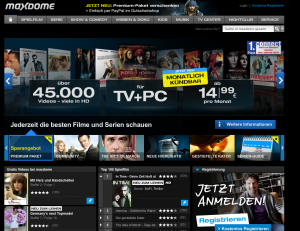 Maxdome will become an integral part of the new TV and triple-play packages offered by the cable operator, allowing Unitymedia KabelBW customers will be able to subscribe to Maxdome directly as part of their bundle.

From March, Unitymedia Kabel BW’s more than seven million customers will be able to directly subscribe to the new bundles and offerings at a fixed monthly price.

The SVoD content from Maxdome will be integrated into Unitymedia and KabelBW’s TV platform, available via its set-top boxes and via its multi-screen service Horizon Go on PCs and mobile devices.

Customers of the cable network operator already had access to some transactional VoD content from ProSiebenSat.1 channels.

Conrad Albert, member of the executive board, chief legal, distribution and regulatory affairs officer of ProSiebenSat.1 said, “This marks the first time in Germany that the subscription content of an online video store has become an integral part of the rate structure of a cable network provider. With this latest agreement, the range of entertainment offered by Unitymedia KabelBW will be greatly expanded and, at the same time, the potential reach of Maxdome will be increased significantly. Over seven million customers of Unitymedia KabelBW will be given the opportunity to subscribe to maxdome directly via their cable service.”

Lutz Schüler, CEO of Unitymedia KabelBW said, “With maxdome we are expanding our TV portfolio to include an attractive film and series offer at a flat rate. We are firmly integrating Maxdome into our core products, so that customers can enjoy top titles in HD quality with full cost control on our high-speed network – when and wherever they want. TV and VoD thereby converge to create a seamless TV experience on one platform. We believe in this model as more and more people simply wish to customize their own programming.”