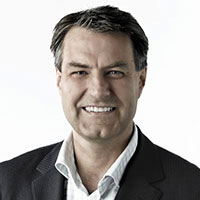 Henrik Ravn has been appointed COO and CCO of the German-speaking broadcast operations of ProSiebenSat.1.

He joins the German broadcast group having left Discovery late last year amid a restructure at the factual channels giant that saw his responsibilities fall to Dee Forbes.

At ProSiebenSat.1 Ravn will oversee the core free-to-air business as well as work across new pay TV initiatives. He will report directly to company CEO Thomas Ebeling.

Thomas Ebeling said: “I am delighted that we have brought Henrik Ravn, a proven TV expert, back into our company. He brings with him great experience in distribution and marketing as well as digital know-how.”