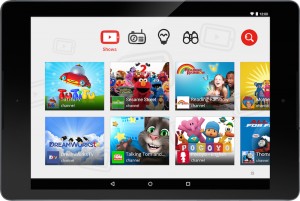 In the same week it launched its kids content app, YouTube has been urged to makes its youth-skewed offerings safer and more age-appropriate.

The Children’s Media Foundation, a not-for-profit advocacy group, welcomed the launch of the YouTube app noting it is “a great step forward, particularly for younger viewers”.

However, the CMF added that more “still needs to be done and we urge YouTube and other platforms to focus more research and development into making their web provision more child appropriate, particularly for the tween audience who access content on YouTube unmediated and need protection from inappropriate content that slips through the safety provisions”.

It added: “We call on all the digital platforms who attract a children’s audience – whether intended or not – to now go the extra mile to ensure they put children’s safety higher up their development agenda.”

The free YouTube Kids app launched this week, claiming to offer age-appropriate content and to filter out unsuitable videos.

YouTube executive and product manager for YouTube Kids, Shimrit Ben-Yair, told US press last week: “Parents were constantly asking us, can you make YouTube a better place for our kids.”

In a blog post, Ben-Yair, said the platform was being made available in the US through Google Play and the App Store.

Among its debut content is a Talking Tom and Friends channel, which comes from Outfit7, and a Thomas & Friends channel. Other feeds offered include DreamWorks TV, Jim Henson TV and Mother Goose Club, and shows such as The Furchester Hotel and Pocoyo will also feature.

The platform will include a time-limiting feature and new search and sound options.

“This is the first step toward reimagining YouTube for families, but with your help, the app will continue to get better over time,” said Ben-Yair.