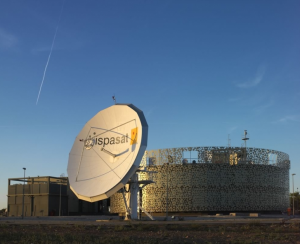 Spanish satellite operator Hispasat’s full year financials for 2014 stayed on an even keel despite suffering from tough economic conditions in Europe and the partial failure of the Amazonas 4A satellite launched in March, where an anomaly detected after its launch led to a significant decrease in available capacity.

Despite the Amazonas problems, Hispasat managed to increase its Americas revenues by 9% in 2014, partially offsetting a downturn in the European market. The operator posted revenues of €202.1 million, slightly up on the €201.4 million it made in 2013. Revenues from the Americas for the year amounted to €119.5 million.

Revenue generated by space capacity rentals amounted to €197.2 million in 2014, 60.6% of which came from the American market, while 39.4% came from clients located in Europe and North Africa. Hispasat also has a healthy order backlog that it said amounted to seven years’ worth of revenue.

The 2014 EBITDA came in at €161.8 million, which was almost the same as the figure from the previous fiscal year.

“Strengthening the turnover in a year in which we successfully faced a variety of difficulties and setbacks demonstrates the dynamism of the company’s strategy and organisation up being able to adapt to significant changes in our line of work. This enables us to present strong, balanced figures and face 2015 with optimism,” said Hispasat president Elena Pisonero.