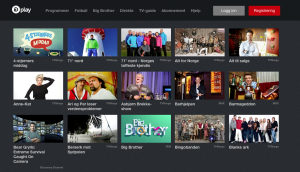 Zaslav also said that though Discovery is committed to partnering with pay TV operators in the US to support the ‘TV Everywhere’ ecosystem, if this doesn’t develop “the way it should” in years to come then channel providers may be forced to go direct to consumers.

“In Europe, we’ve gained subscriptions, valuable insights and a new marketing and sales platform with our own direct-to-consumer products. One is Dplay in the Nordics and the other is the Eurosport Player, which we distribute across the continent,” said Zaslav.

“Those services have almost 0.25 million subscribers, bringing in an average of US$8 per month. Our European OTT offerings is giving us a growing revenue stream, a growing direct-to-consumer offering and valuable learnings that we can apply in the US and other markets.”

The Discovery boss said that the firm has seen spikes in sign-ups for its subscription Eurosport OTT ahead of major events like the Tour De France and the Australian Open, but this is “not affecting our viewership on Eurosport at all” He said the extra coverage provided by the online service appealing to ‘superfans.’

He highlighted sports and kids content as “probably the two areas that most lend themselves to a superfan and the direct-to-consumer [model]” and said there could be an opportunity to monetise this in Latin America.

In terms of TV Everywhere, Zaslav said that the distribution deals Discovery signed last year with US partners including Suddenlink, Cablevision, NTTC and Mediacom, which was announced this week, all offer subscribers authenticated access to Discovery content inside and outside the home.

“Here in the US we are hoping that TV Everywhere continues to grow,” said Zaslav. “I think that the ecosystem here in the US is going to stay basically as it is for the next three years.

“The question is four, five, six years from now, will there be a peel off of this direct-to-consumer business? I think mostly in the US, if TV Everywhere doesn’t develop the way that it should, which would be a positive for all of us, it will require all of us to go directly to [the] consumer, because the cable guys aren’t getting it done.”