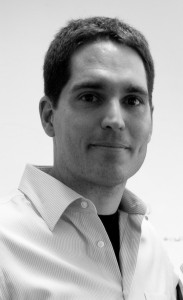 Former Hulu boss Jason Kilar claims that his new video venture, Vessel, could earn content creators up to 20-times as much money as they get on ad-supported video sites.

Speaking at the Code/Media conference in Dana Point, California, Kilar said that Vessel, which launched last month in beta mode, allows content creators and brands to get higher revenues than they can command from free sites like YouTube and Dailymotion.

“Vessel is a next-generation video service that brings you the videos that you love early. That’s what it is from a consumer perspective. From a creator perspective, it’s an opportunity to earn about 20 times as much as they’re used to earning from advertisements… on the free web,” he said.

Discussing the new service, which costs US$2.99 per month and also includes a “modest amount of advertising”, Kilar said it was aimed at “passionate fans that love great content” and are willing to pay to get it faster.

Asked whether, after Hulu, he had planned to not go back into the online video space, Kilar said: “I’ve always been someone who just absolutely adores the intersection of technology and storytelling. That’s a big part of who I am, and who Rich [Tom, Vessel co-founder] is too. But we’re also big problem solvers and we love the idea of looking at very big unsolved problems and going out and trying to solve them.”