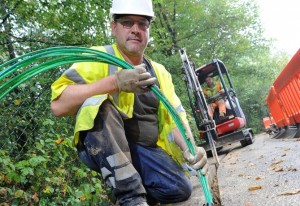 Liberty Global-owned cable operator Virgin Media has unveiled plans to invest a further £3 billion to expand its ultrafast broadband to four million more homes and businesses in the UK.

According to Virgin, the five-year scheme, dubbed ‘Project Lightning’, will deliver broadband speeds of up to 152Mb and will mean that the number of premises Virgin will be able to offer services to will reach 17 million by 2020.

Virgin said the project will mark the “single largest investment in broadband digital infrastructure” in the UK in more than a decade, and will create 6,000 direct new jobs over five years, including 1,000 new apprenticeships.

UK Prime Minister David Cameron said: “I welcome this substantial investment from Virgin Media which is a vote of confidence in our long-term economic plan to support business and create jobs by building a superfast nation backed by world-class infrastructure.”

“Together with this Government’s rollout of superfast broadband which has now reached more than two million UK homes and businesses, this additional private investment will create more opportunities for people and businesses, further boosting our digital economy and helping secure a brighter future for Britain.”

Virgin Media CEO Tom Mockride added: “Millions of homes and businesses will soon be able to benefit for the first time from broadband speeds at least twice as fast as those available from the other major providers.”