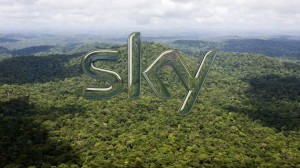 Sky said that it is “not ruling out” the possibility of delivering 4K content over the web in the future in a similar way to Netflix, after staging early trials filming in the ultra HD format.

Speaking at SES Ultra HD conference in London yesterday, Sky’s chief engineer of broadcast strategy, Chris Johns, said that there was “no reason” Sky couldn’t launch a 4K channel now if there was compelling enough content to do so.

However, asked whether Sky would not make such a move until transponder pricing and 4K production costs drop, he said that there was more options than simply broadcasting a linear 4K channel via satellite.

“We want to know what we can fit on a single [satellite] transponder, should it be necessary. We’re not ruling anything out; we’re looking at it economically. The lower the price for distributing a piece of content, the better it is, obviously,” said Johns.

“Looking at the other end of the spectrum is how you deliver not just over a satellite but via IP and broadband in a way that Netflix are delivering. That is another way of actually doing that delivery method without having to have a continuous linear channel, but just delivering as requested by the user.

“I’m not ruling anything out. We wanted to know what we could do here and now should it be necessary, but we know where we want to get to as we move forwards into the future,” said Johns.

Sky tested 4K during the Ryder Cup golf tournament at the end of last year, in what Johns described as a valuable “in the wild” trial.

“We wanted to test everything in the production chain to see if we could get it working and produce an entire production over three days of the live Ryder Cup in 4K,” said Johns.

However, discussing the use of 4K, he pointed to a number of challenges that still exist.

These include: compression issues; colour and dynamic range challenges, particularly the difficulties of moving between images of light and shade; and an overall “lack of content” in 4K.

Calling for more industry collaboration, he said: “We need to come together to create a technology leash. The UHD alliance in the US is just kicking off… we need to look at it in detail to see if we can get up with these common standards that everyone will adopt to give a really good quality UHD.”