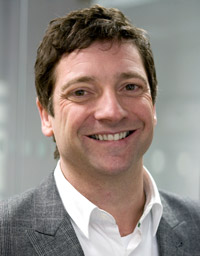 The Ultra HD display market is now approaching a “tipping point” when standards will be fully supported and consumer services will be deployed, but a number of interoperability issues and universal support for accepted standards are still work in progress, according to Richard Lindsay-Davies.

The CEO of the UK industry body the Digital Television Group (DTG), which has completed two ‘plugfest’ events to test interoperability in displays and has planned a third for April, said: “It is critical that we make sure what is created in the studios appears correctly on the screen and CE products deliver what consumers expect. The only way this innovation will work is if the industry collaborates openly.”

The second, most recent plugfest organised by the group tested the ability of screens to play HEVC signals in the main and main 10 profiles across a variety of resolutions, frame rates and bit depths.

Lindsay-Davies said the test had shown there was still limited support for the HEVC compression standard, with 60% of models tested not supporting it and 10% only supporting HEVC at 25/30Hz. However all 2015 models tested supported 50/60Hz UHD HEVC.

“The market is probably approaching a tipping point for the deployment of services,” he said.

Nevertheless, there are a number of outstanding issues, including that only half the models tested supported MPEG-DASH adaptive bit-rate streaming, claimed Lindsay-Davies.

The next plugfest in April will test HDCP 2.2 copy protection, looking at whether all legacy sources will work with HDCP 2.2 displays and what experience viewers will get with HDCP 2.2 into lower version displays.

Lindsay-Davies said the DTG will also look to reach out to a wider group of manufacturers.

“We need to work with a wider group [of manufacturers] and get them into our ecoysystem,” he said. The DTG will invite a wider range of AV and home cinema brands to be tested.

Lindsay-Davies said that the second plugfest had shown considerable progress had been made since the initial event. The DTG’s first plugfest had focused on testing compatibility for HDMI 2.0. All displays tested showed 4K content, but less than 10% of displays showed 4K in all the modes tested and there was poor support for 10-bit and 50-60Hz progressive content.

Lindsay-Davies said that support for advanced technology standards was emerging and CE manufacturers are embracing technology as quickly as possible. “However, this is going to be a journey and it is important we continue to work on it,” he said.

He said that there is still a danger of consumer confusion with broadcast standards yet to be set for 4K content. “The technology that we are selling must be aligned with the services we are selling it to work with,” he said.