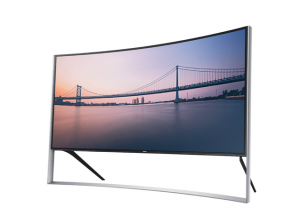 Ultra HD flat screen sales are growing at a faster rate than expected in the UK and other European markets, according to Nigel Catlow, business group director, consumer electronics at GfK.

Catlow said that GfK has grown more optimistic about sales, predicting UK sales of 1.68 million units by 2016, representing 26% of the volume of the market.

Catlow said that 75 UHD models were on sale at the end of 2014, up from six in July 2013. Three quarters of UHD sets are from the top four brands. In the 60-inch plus screen size segment, two thirds – 62% – of the value of sales is now on UHD products, compared with 23% of total TV sales, he said.

Catlow said that manufacturers need to encourage innovation to keep prices up and are therefore pushing affordable 50-inch-plus TVs.

To put the figures in context, said Catlow, cumulative flat screen sales by the end of last year numbered 68.9 million sets in the UK. Flat screen sales are therefore now a replacement market, he said.

Innovation from manufacturers over the past 10 years has included a massive increase in screen size combined with a reduction in screen footprint in the home. Catlow said that demand in the future would primarily be driven by demand for bigger screens and retailers sending out a message that bigger screens “are the future”, rather than on assumptions about the availability of 4K content.

He said that 6.5-7 million flat screen sets a year are being sold, mostly to replace existing sets, a significant reduction in volume from the peak of flat screen sales in the mid 2000s.

Screen sizes increased on average by one inch a year until 2013. In real terms, prices have declined relative to screen size. Catlow said more affordable bigger screens would fuel interest in 4K.

Looking at 50-inch screens, these now account for 30% of the market and this segment is growing fast, said Catlow. Alongside this, sales of sound bars have grown rapidly to almost 900,000 units a year.

Earlier, the UHD conference’s guest speaker, broadcaster and journalist Andrew Neil, said he saw UHD as a step change on par with the transition to colour TV in the 1960s. “This is what people will want – not 3D. It’s like a glasses-free 3D,” he said, noting that about two thirds of new flat screens sold are 4K-capable. “As the price plummets, and it is already doing that, sales will soar,” he said. “On current projections, 90% of all large screen sales will be UHD by 2017.”

Neil said the revolution is under way despite the lack of bespoke 4K content. However, he said that media companies including Sky, Discovery and Red Bulll Media are committed to 4K. The BBC is already using 4K image capture for sports, he said, adding that the 4K revolution could give a new boost to movie services. “There is an almost exact match between 35mm film and 4K and this will give a new lease of life to Hollywood movies,” said Neil.