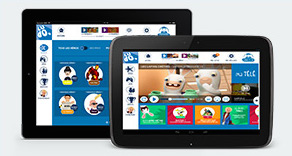 France Télévisions is set to launch two YouTube kids channels for the 3-12 demo this weekend using its Ludo and Zouzous brands.

This new service will be integrated to France Télévisions online multichannel network and aims to make the French public service broadcast group’s kids offerings available on all free digital platforms.

The two new nets will aggregate content from “twenty channels, among which some are already available, like the Little Brown Bear net, which is the third most successful channel on YouTube in France,” France Télévisions’ kids unit director Tiphaine de Raguenel said at a press conference in Paris.

The channels will make more than 1,500 videos available, or 230 hours of kids programming, available, with series from the linear TV channels as well as online-specific content lined up. The originals will be developed in association with French producers including Bayard, Ubisoft and Les Armateurs.

Last year, the group’s digital kids offering generated more than 274 million hits across all digital platforms. These figures include the 100,000 downloads registered since the launch last October of Ludo’s new digital platform.

The pubcaster will also make Seven Dwarfs and Me. The Method Animation, Nexus Factory and DQ Entertainment-produced 26x30mins series mixes animation and live-action and focuses on the adventures of Snow, a young teenager and descendant from Snow White.

France Télévisions also added new and exclusive episodes of SpongeBob SquarePants, which will be screened almost simultaneously with pay TV net Nickelodeon. A few years back, SpongeBob was a cornerstone of TF1’s kids offering.