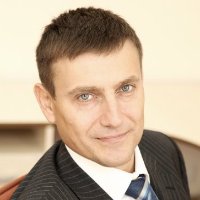 Ukrainian OTT provider Divan.TV is to expand its service internationally this year after reaching financial break-even last year. However, the company suffered a setback in the Ukrainian market last week when a court ruled it was retransmitting content illegally.

“Regarding our plans for 2015 we plan to scale our business going internationally with the focus on Ukrainian- and Russian speaking audience outside of Ukraine and Russia. We see untapped markеt  there, that`s why we are looking forward for partnership with local ISP`s and Cable companies in USA and Europe to upsale their current and future clients with our offering in bundle with their core service,” said Kanyuka.

Divan.TV said it reached financial break-even in the fourth quarter of last year and is growing revenue by 15-20% a month.

The company, which recently struck a strategic partnership with LG and launched an app on the Philips smart TV platform, said that over seven in 10 users accessed the service via smart TV.

Divan.TV has also recently launched version 2.0 of its interface on Samsung, LG and Philips smart TVs and set-tops from Duna, iNext and Aura.

The company said its Android and iOS apps had been downloaded 100,000 times.

Despite its success, the company suffered a setback in Ukraine last week when an appeal court ruled it had no right to retransmit other broadcasters’ content without permission.

On February 4 the Kyiv Economic Court of Appeal dismissed an appeal by Divan.TV over a December ruling on the retransmission case.

Divan.TV had launched a legal action against national commercial broadcaster Media Group Ukraine to force it to provide access to its channels for retransmission without payment.